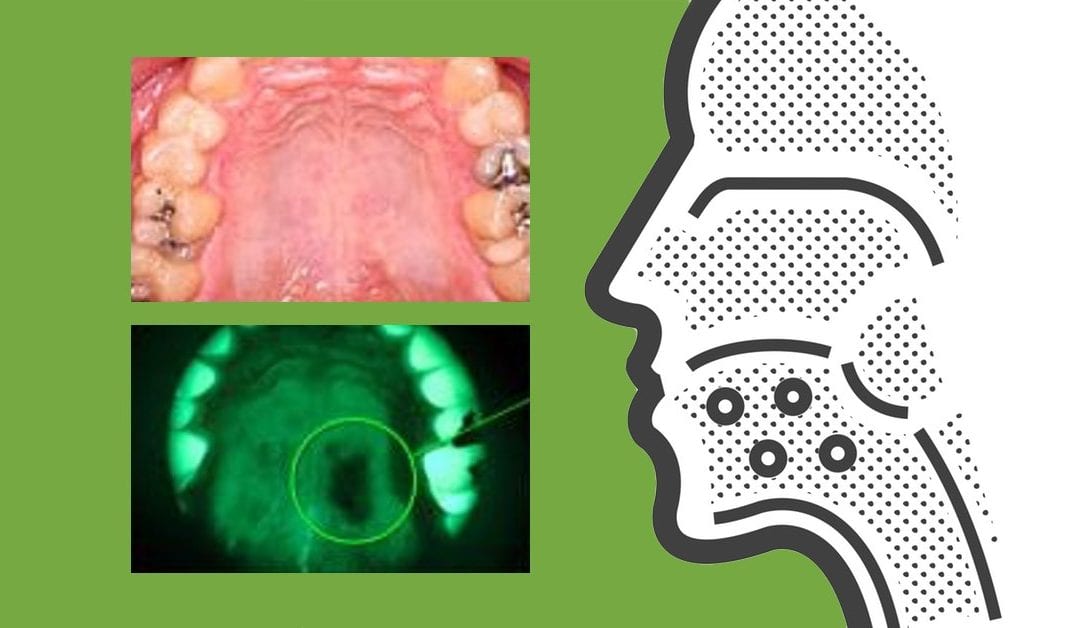 Each year, thousands of people are diagnosed with oral cancer, an insidious disease that has a high mortality rate, particularly if medical treatment is not obtained. In the past, dentists relied on a cursory visual examination of the oral cavity using normal lighting and the naked eye. Today, however, a modern device, known as VELscope, can be used to take a more thorough look at the soft tissues of the mouth. In particular, VELscope detects oral cancer at earlier stages than a normal visual examination can accomplish using Fluorescence Visualization (FV) and specialized equipment.

Today’s health care professionals can identify oral cancer much sooner than they previously could using normal lighting and a visual examination. The handheld device, which is commonly referred to as VELscope, detects oral cancer easily using a blue light that is shined into the interior of the oral cavity in order to allow the dentist to see which tissues are abnormal.

Once the light is activated, the dentist looks through specialized optical filters that have been incorporated into the device. While normal tissues appear to have a light green coloration, abnormal ones look dark. In this way, VELscope detects oral cancer in its earliest stages because the abnormal cells would not be visible as cancerous or precancerous cells using normal lighting.

In some cases, abnormal tissues have not yet developed into cancer but remain in a precancerous state. As part of the newest standards for identifying oral maladies, VELscope detects oral cancer while it is still treatable.

Traditional oral cancer examinations were non-invasive unless suspicion led to a biopsy being performed on tissues that appeared to be unusual in size, shape, or color. While VELscope detects oral cancer in just as non-invasive a manner, it provides better results by identifying oral cancer in its earliest stages. The process is more effective in determining whether or not precancerous lesions exist, facilitating the likelihood of early treatment and a successful recovery.

At Maiden Lane Dental we use the VELscop method to provide oral cancer screenings. Our highly knowledgeable and experienced staff are here to help you. Contact us. We are located in NYC and have been providing expert screenings and care throughout all of NY, NYC, the Financial District, Brooklyn, Queens as well as the surrounding states of NJ, Connecticut and beyond.

Mouthguards: 3 Types and Everything You Need to Know